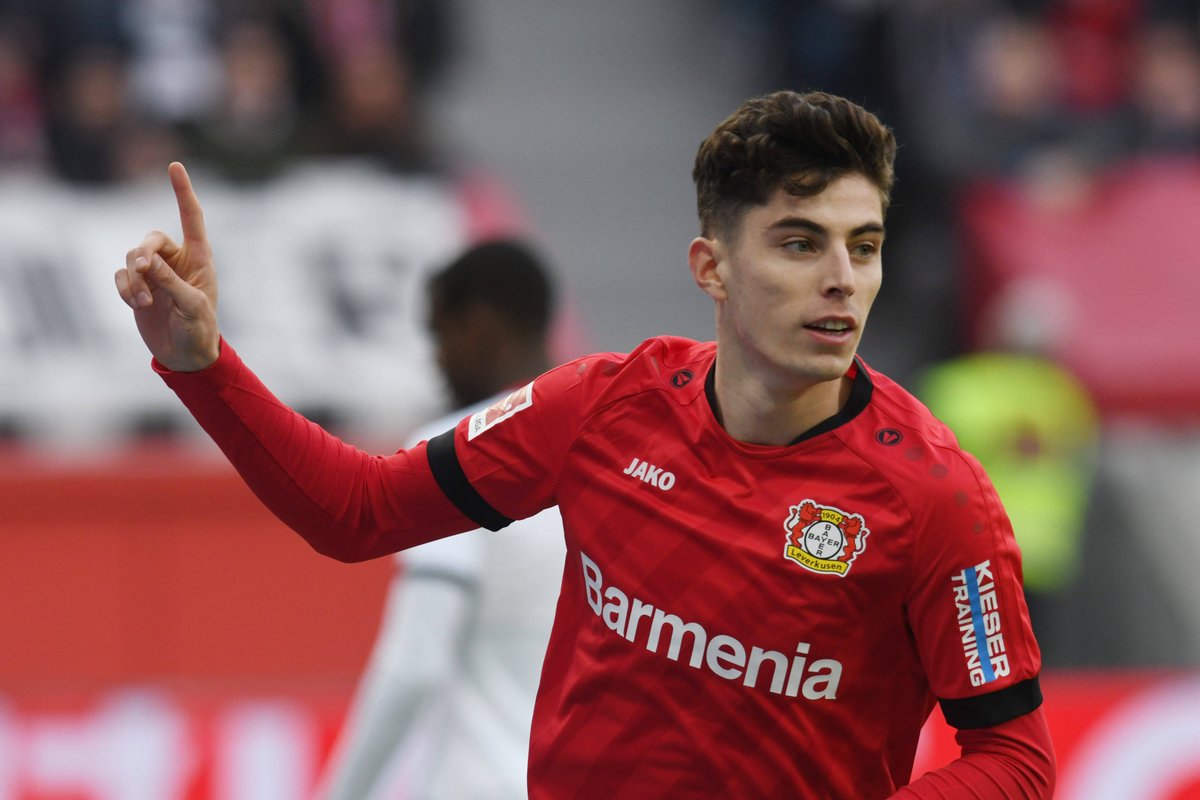 Aside from Manchester City, the other neighbours in Manchester are also credited with an interest, alongside Juventus, Liverpool, Bayern Munich, Chelsea and Barcelona.

The 20 years old midfielder will not come cheap as it understood that Bayern Leverkusen will slap a price tag in the region of £100 million for the wonder kid.

He has stated in the past his desire to play abroad, stating he believes in his ability and he is ready to represent the top club outside Germany.

Havertz is understood to be making his decision based on the coach he is keen to work with. City has one of the best managers in the game in Pep, so Liverpool with Jurgen Klopp.

Havertz is interested in a summer move away from the Bay Arena. The wonder kid had an amazing season last year, he played every single League game, scoring 17 goals and registering 3 assists from midfield. He has failed to reproduce the form he showed last year as injury has restricted him this season. Still, he has registered 8 goals and provided 7 assists in 32 appearances across all competitions.

Havertz is expected to make the German squad for the European championship in the summer. A good showing in the competition with Die Mannschaft will raise the bidding war for the player.